Chief rabbi Jonathan Sacks said in a foreword to a book published at the Bar-Ilan University, in Ramat Gan, Israël, titled : Conflict and Conflict Management in Jewish Sources.

‘One of the creative developments in 19th century Jewish life was the Mussar movement associated with Rabbi Yisrael Salanter.

It is interpersonal perfection that is hard. Were anyone to attempt to create a Mussar movement for the 21st century, they would be advised to concentrate on the Zwischenmentsliche, the virtues that make possible a world of intersubjectivity: listening, respecting, praising, mediating and finding lateral solutions offering a way beyond the zero-sum game of conflict.

Without these, we will find it hard to sustain marriages, communities and a cohesive Jewish society……’ 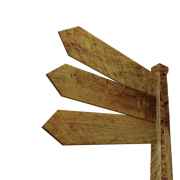